In ‘AS3740 waterproofing of domestic wet areas’ has the ﬂoor of a shower recess needing to be waterproof while the general area of the walls as water-resistant. The reason for this difference is that water ﬂows across the ﬂoor during operation but the walls only get water splash. When ﬁnishing showering water pools on the ﬂoor being held in place by surface tension as shown

in Figure 1, while on the walls only beads as shown in Figure 2.

While water proofing is required across the floor it also needs to be turned up the walls to a height dependent on how deep the water can be retained on the floor of the shower in the event of the waste outlet becoming blocked. The height varies depending on if the shower recess has a hob

and/or a door screen track, both of which can retain water within the shower area. Even without any height retention by either of these two installations the waterprooﬁng is required to be turned up 150mm on the walls of the shower recess to prevent leakage at the wall/ﬂoor junction.

There is also a requirement to waterproof the internal junctions of the wall sheeting of the shower recess to a width of 40 mm each side of the junction. The reason for this is to prevent water entering through any crack that develops at this junction. With ﬁne cracks there is the potential for water to be pulled through the crack by capillary action. Capillary action is where water is pulled through an opening by surface tension of the water.

The other issue that can occur by water seeping through the wall tiles, especially with preformed shower bases, is where the tile adhesive has been left with vertical grooves. These grooves create channels for small amounts of water to ﬂow down onto the top of the preformed shower base. 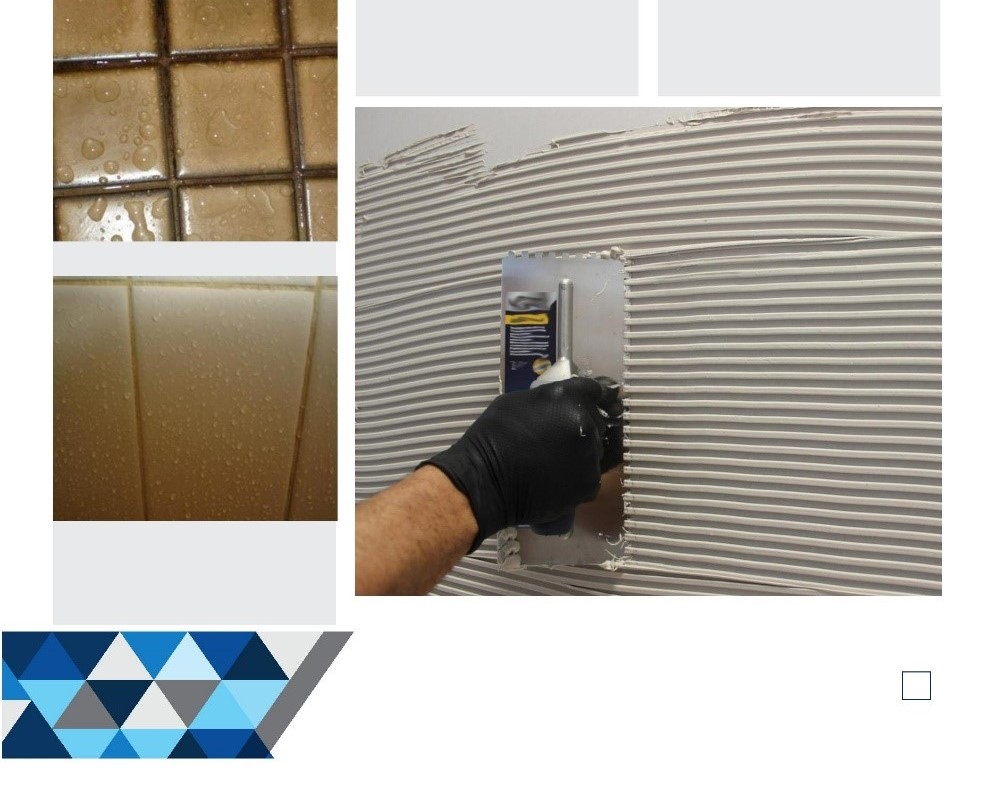